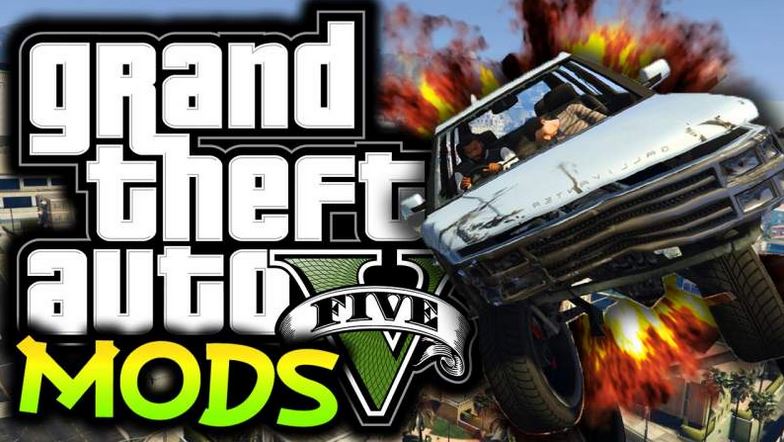 In this article, we will cover everything you need to know about a GTA 5 Mods, Cheat Codes and Money Hacks and what’s currently available for PS4, Xbox and PC.

GTA 5 Online remains one of the biggest games in the world and it’s getting even more popular. The online portion of Rockstar’s Grand Theft Auto 5, which launched seven years ago in October 2013, saw consumer spending up 23 per cent to a new record. This boost was caused primarily by the July 2019 release of the Diamond Casino & Resort update. The update sparked record player engagement across daily, weekly and monthly active users in July, and then again in August. Now with the pandemic underway, new records has been achieved again and if you are one the players killing some time in GTA 5, we’ve got you covered with the best GTA 5 Mods, Cheat Codes and Money hacks.

We all know how great the base game is, but thanks to the best GTA 5 mods available you can make it even better. The GTA community have absolutely excelled themselves when it comes to producing mods for GTA 5, with options taking in everything from flipping allegiances and joining the cops to flooding the entire island. On top of that you have all of the visual mods, which can enhance the game to almost photo-realistic proportions or transform Los Santos into a futuristic Cyberpunk setting. 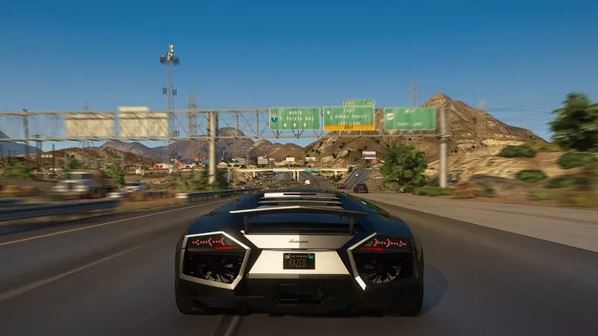 You can’t talk about GTA 5 mods without paying respects to all the coders out there tirelessly attempting to make Los Santos look as breathtakingly beautiful as possible. There’s literally hundreds of graphics enhancement mods available for GTA 5, but NaturalVision Remastered, which only came out a few months ago, is the current champion when it comes to raw “phwoar” power.

Offering 4K resolutions and a complete overhaul of Rockstar’s original aesthetic, the mod was designed “to make GTA 5 look visually similar to Southern California in real life.” To be honest, the results look better than real life So-Cal ever could. NaturalVision pushes Los Santos out of the realm of uncanny valley and into a level of graphical fidelity that redefines the very definition of what it means to be photorealistic. 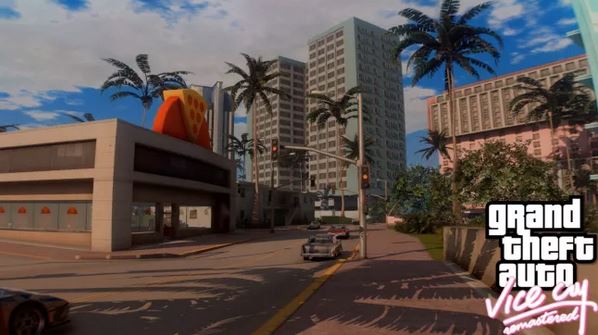 GTA: Vice City holds a fond place in many players’ hearts, but even with the updated versions released by Rockstar it’s still looking rather dated in 2020. Not so in Vice Cry: Remastered, a port of the popular Vice Cry mod for Vice City, which gives the fictional Miami a beautiful makeover complete with rippling waters and shimmering sunsets in this GTA 5 mod.

As well as proper mapped roads, car generators, and working traffic lights, there are new missions dropping which make this so much more than just a cosmetic makeover. It’s definitely worth popping on a Hawaiian shirt and heading back to the ’80s to check this one out.

3. Become a knock-off Rico Rodriguez with Just Cause 2 gadgets 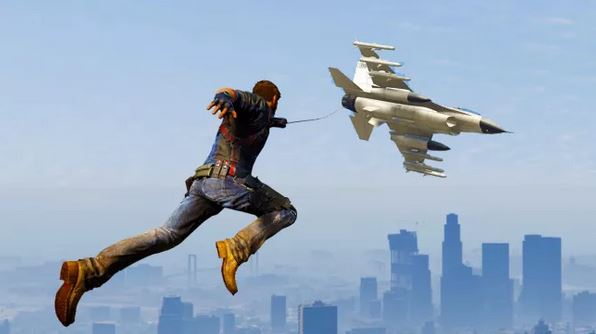 While GTA has always been great for causing all sorts of mayhem, it never quite comes close to the sort of sandbox madness you can generate in equally outrageous open world series Just Cause.

But thanks to this unofficial crossover, you can now enjoy Rico Rodriguez’s grappling hook, parachute thrusters, and more in GTA 5, using these bespoke Just Cause flavoured mods. It even makes cars explode whenever you jump out of them, which is great for dealing with all those pesky roadblocks. 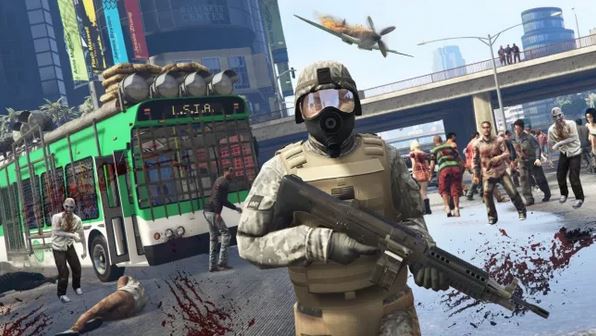 The last time Rockstar gave us a zombie game was all the way back in 2010 with Red Dead Redemption: Undead Nightmare, which has given us plenty of time to work up an appetite for more undead bedlam.

Simple Zombies turns GTA 5 into a mini survival sim, where players must survive an infested Los Santos by building shelters, managing their health and hunger, and recruiting fellow survivors littered throughout the zombie-filled landscape. It’s a fairly comprehensive game mode, and can be proper terrifying at times, but anyone who’s seen Fear The Walking Dead will have a decent grasp of how to thrive the SoCal apocalypse.

5. Own a Luxury Safehouse 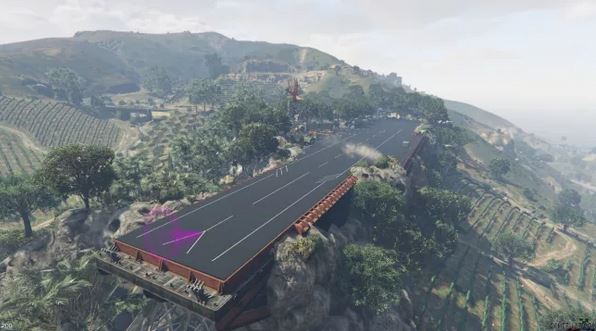 Materialism is the name of the game for Michael, Franklin, and… well, maybe not Trevor, but the more unnecessary ‘stuff’ you can have in Grand Theft Auto 5, the better. Sure, that luxury apartment of yours is nice, but what about a country safehouse, complete with car parks, helicopter pads, and airplane runways?

There’s even a working bar where you can host Great Gatsby-esque parties. Just make sure none of your guests have access to that military fighter jet tucked away in the garage.

6. Change your Allegiance and become a cop/prisoner 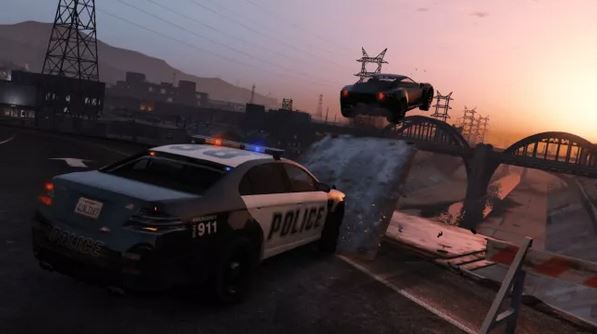 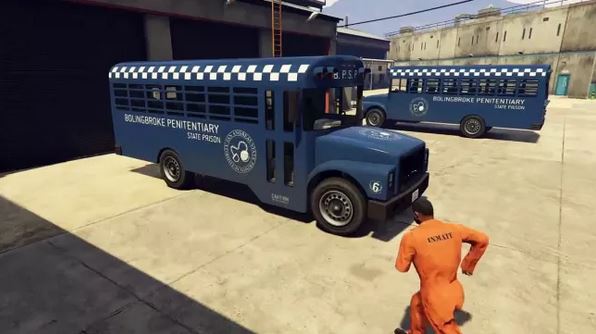 They say the best way to defeat the enemy is to know the enemy, so why not sign up with the Los Santos Police Department and walk a mile in the shoes of a local cop for the day?

There are detailed missions, police-themed weapons and vehicles, and customisation options for you to tuck into to get the full LSPD experience. Who knows, maybe you’ll end up preferring it your previous life of crime?

Speaking of police, how come you never get to see what happens between the time you’re busted and the moment you walk out of the hospital or police station as a free man? I know Grand Theft Auto has a loose conception of the notion of justice, but surely some judicial system is in place in Los Santos?

This prison mod has the answer, incarcerating you whenever you’re caught by the police, whereby you’re able to walk around the jailhouse, interact with NPCs, and even try to break out. Or, you know, you could just serve your time and try to come out a changed man? Nah, that sounds boring; prison break it is! 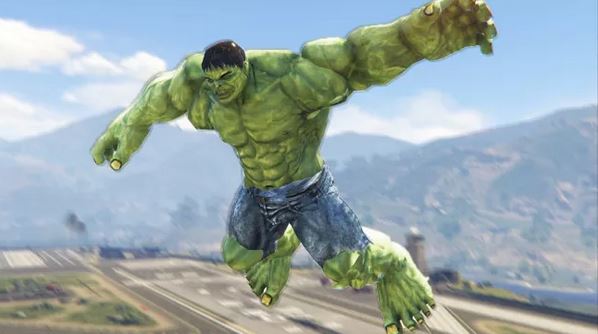 True to its word, the mod hooks you up with a fully operational Iron Man suit, complete with boost thrusters, repulsor beams, and that oh so satisfying “eeeeeyooooop” blaster sound that any Marvel fan will be familiar with.

You can even customise it with different versions of the suit, including the beefy Hulkbuster armour that swaps agility for raw strength. Tony Stark would be proud.

This Hulk mod lets you leap miles into the sky as Hulk, picking up cars and throwing them at your leisure, and generally having a great time terrorising the people of Los Santos with reckless abandon. Make sure you wait till the military arrives, too, as that’s where things get really fun.

8. Pretend you are in Bladerunner/Cyberpunk2077 or living in Bioshock’s Rapture 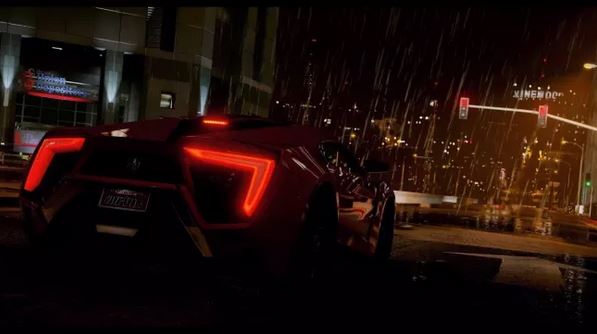 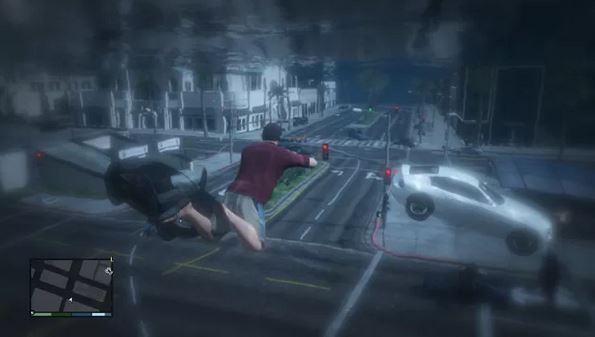 Blade Runner 2049 has been and gone, and we’re still a ways off from CD Projekt Red’s open world Cyberpunk 2077, but you can at least enjoy GTA 5 by dressing it up in a neon aesthetic with this visual mod.

Intensity ENB dials up the contrast between colours to 11, lending this ethereal, miasmic quality to Los Santos that’s drenched in atmosphere, especially when it also happens to be drenched in rainfall. The game’s lighting effects have been intensified too, meaning you’ll often feel like you’re in a J.J. Abrams movie just as much as a cyberpunk flick.

Alternatively, bring in a Tsunami to unleash waves of salty sea water upon the town, where only the highest skyscrapers can be seen above the surface. It’s an in-game natural disaster that has to be seen to be believed.

Since most GTA games have had some kind of cheat code that you could use to add large sums of in-game currency instantly, it’s logical to assume that the latest game in the series would share this feature – however, that isn’t the case. While GTA 5 features an extensive list of cheats, none of them let you add cash.

Here, it makes a lot more sense though – since players are in the game together, using cheats would completely ruin the balance and gameplay for everyone involved. Additionally, Rockstar sells Shark Cards, which allow players to spend real money in exchange for in-game currency – if you had a free money cheat, nobody would buy Shark Cards, would they?

You can buy GTA 5 Shark Cards for all gaming platforms below.

You can use Lanc Remastered to pull IP addresses and use any IP booter. Check out our booting tutorial here to get a better understanding of how Lanc works.

How to use GTA 5 cheat codes

Fortunately using cheat codes in GTA 5 is super easy. You’ll just need to remember the code word. Try writing your favorites on your hand. Or just bookmark this page and come back when you forget one.

To bring up GTA 5’s console, hit the tilde key (~), or whatever key is directly to the left of the 1 at the top of your keyboard. Type in any of the cheat codes below in all caps just as written. Hit enter and you’ve now become an official GTA 5 cheater. Spawn yourself a motorcycle and flaming ammo rounds if you like!

JRTALENT – Launches the director mode in the Rockstar Editor.

In director mode you can choose an NPC to play as and combine with any other cheats as needed. Good to use for making joke trailers, memes, or machinima shows. Get creative!

Believe it or not, the console version of GTA 5 cheats can actually be used on PC. So can the cell phone numbers.

If you happen to be playing GTA 5 with a controller on your PC, this is an alternate way to enter them. They’re a bit harder to remember than the console commands above but maybe your muscle memory is so good that you prefer the Konami Code style of cheat entry.

For the Xbox and PlayStation controller versions of each code, just enter the sequence of buttons in relatively quick succession and you’ll get an on-screen notification that you’ve succeeded. To use the phone numbers, just pull out your character’s cell and dial the code provided.

Get every weapon and ammo

There’s no controller code for entering director mode so you’ll need to access it either with the cell phone code or by finding it in the far right tab “Rockstar Editor” of the in-game menu.

We hope these GTA 5 Mods and cheat codes can enhance your game play immensely and if we skipped any awesome mods, let us know in the comment section below.

What is Lanc Remastered